An example of a mod I recently started using is a Sound Mod for the Peterbilt 389. The normal sound is not great. It’s too quiet and it is hard to hear the jake brake. So I downloaded and installed a mod that made it sound a LOT better to me.

How to Find Mods for American Truck Simulator

Finding mods is easy. Finding safe and updated mods is where it can get tricky if you are new.

SCS Software has an Official Forum where you can find mods to download. These mods are categorized and the most recently commented on are listed at the top (which may indicate they are updated frequently).

The Steam workshop for American Truck Simulator is another great place to find mods to easily install. 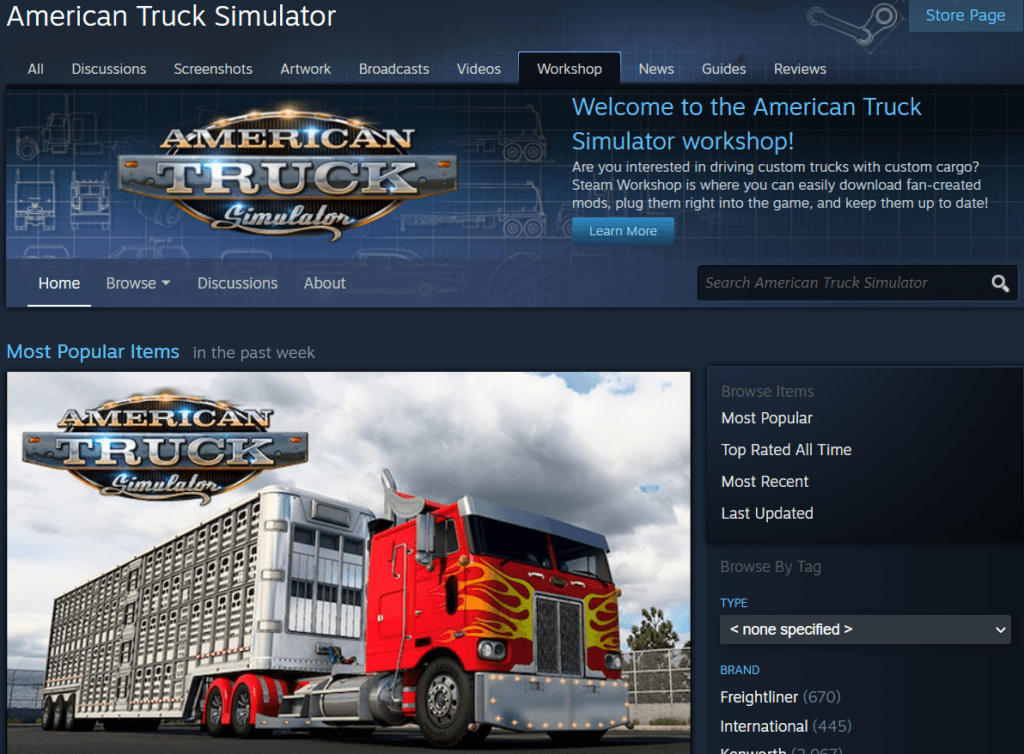 There are other third party websites where you can find mods as well. The ones that list a lot of different mods from anyone I do NOT recommend using unless you know they are safe to download.

Others can be found on the mod creators website. Meaning they don’t list it on the SCS Forum, workshop or those third party websites.

How to Install Mods on American Truck Simulator (Video)

These are mods I use and/or recommend. If I have not tried a mod, I won’t list it here. If you would like me to try a mod, contact me with the link to the download and I may give it a try.

The Coast to Coast mod adds the rest of the lower 48 states SCS Software hasn’t created yet. The scenery along the roads in a lot of the states is bland with nothing to see, but it’s an awesome map mod to try out. The southeast is the most developed part of this map.

This mod adds snow to the entire map of American Truck Simulator. It is definitely a change of scenery and I highly recommend it. The mod also comes with the ability to change the physics and make the roads slippery. Grimes’ other mods have the other 3 seasons. ProMods is a well known map mod for ETS2, but they finally came to ATS. ProMods Canada includes the British Columbia area. This isn’t a large map, but the scenery is very nice. 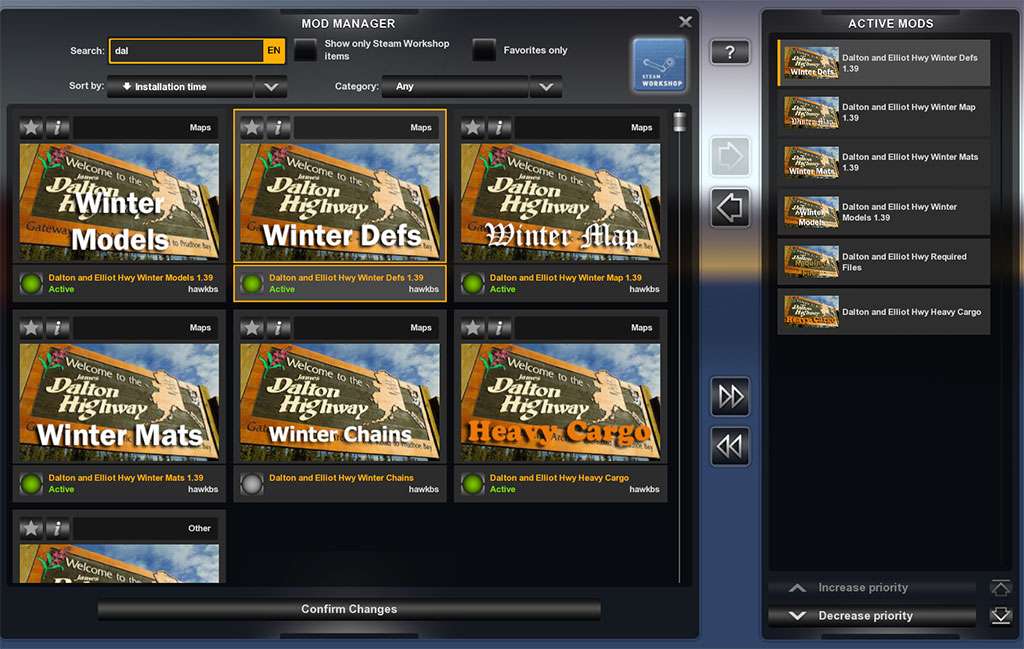 The Dalton Highway map mod is very unique. It is 1:1 scale. Meaning for every mile you would drive in real life, it’s a mile in the game. I have spent a few hours on this map and it takes a LONG time to drive it all. This map is a standalone map which means you will have to create a new profile to try it out. Trust me, it’s worth it! 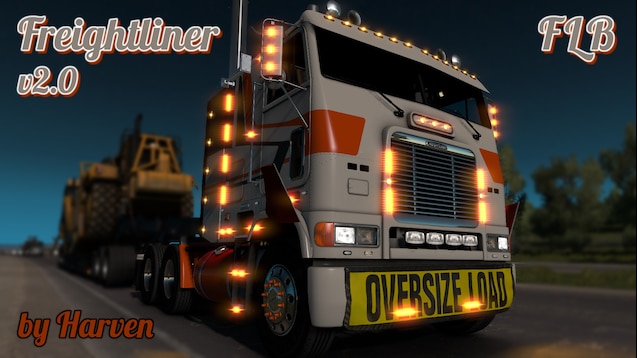 There is nothing like driving a classic COE in American Truck Simulator. Especially one that is as detailed as this Freightliner is. I tried this truck out because it’s almost identical to my real Freightliner FLT I have IRL. It’s definitely a cool truck to try out.

This is another mod by Grimes that adds real companies and company trailers into ATS. 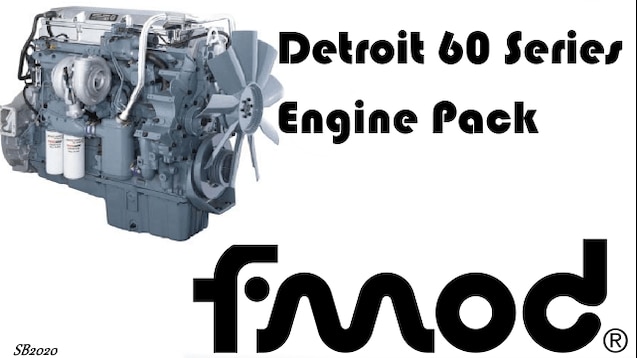 This is the mod I talked about at the beginning. I installed this mod that sounds a whole lot better than the original Peterbilt 389 sound. I tried a few other sound mods, but this one was my favorite.

These are most of the mods I have tried and actually liked and would recommend you to try out. As mentioned earlier, you can send me more mods to tryout and I may add them here.

For now though, this is all I got.

If you have any questions, comments or concerns, be sure to let me know below and I’ll get back to you ASAP.